CAROLINE SODENKAMP has over 20 years experience in organizing high-end events in the US, Brazil and in the Netherlands, where she co-founded the successful firm See You Creative Events. Caroline holds a law degree and is a communications professional. In 2004 she moved to New York where she first worked as a journalist and later returned to the communications and events field. Caroline has attended several arts courses and studied art-history at renowned institutes and whenever she can she works as an artist herself. She is eager to share her extensive knowledge of, and enthusiasm for, the local art scenes in the most exciting cities all over the world during the creative travels, tours and events of Artigo.

JO-ANNEKE VAN DER MOLEN is an art professional operating from New York and the Netherlands. After graduating from the Utrecht School of Arts she taught art at a high school in the Netherlands. Simultaneously she started her curator career at a non-profit art organization ‘Kade Ateliers’ in Utrecht, where she was also the chairman of the board and an art teacher. In 2009 Jo-Anneke executed her first curatorial projects in New York. She curates exhibitions focusing on renown and emerging Dutch artists. Jo‐Anneke has ample experience in organizing exhibitions and site-specific projects in public spaces and galleries. Since 2011 she has been organizing tours that offer an insight in the art world of New York and the Netherlands.

KITTY TEERLING is the artist of the Artigo team. She has over 15 years of experience as a craftswoman making high-end jewelry in San Francisco and New York. She has been creating art ever since she can remember. Kitty has taken many classes in painting, drawing, sculpture and art history. And spent four years at The Art Students League studying oil painting. Kitty has traveled, studied and lived in multiple different cities around the world, which has made her a valuable addition to the Artigo team. She creates and leads Artigo tours on the US West Coast and also co-leads international art tours with Caroline around the world.. Kitty is originally from The Netherlands, but is now based in San Francisco, where she lives with her husband and two children.

WIETEKE MARIS has a passion for art and travel. Before moving to NYC she worked, lived and studied in Hong Kong, Seoul, The Hague, Madrid and Amsterdam. She delivers extraordinary behind the scene experiences with enthusiasm, warmth and precision. She joined Artigo in 2015 as East Coast Director and she delights in using her wealth of local knowledge and of the NYC Art scene to produce bespoke and original itineraries. She also co-leads international art travel with Caroline. Wieteke holds a BA in Political Sciences and is a certified travel guide.

*Caroline and Jo-Anneke are Licensed Sightseeing Guides of the New York City Department of Consumer Affairs. 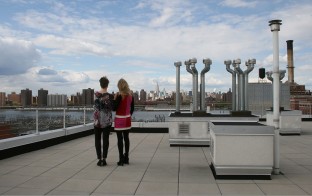